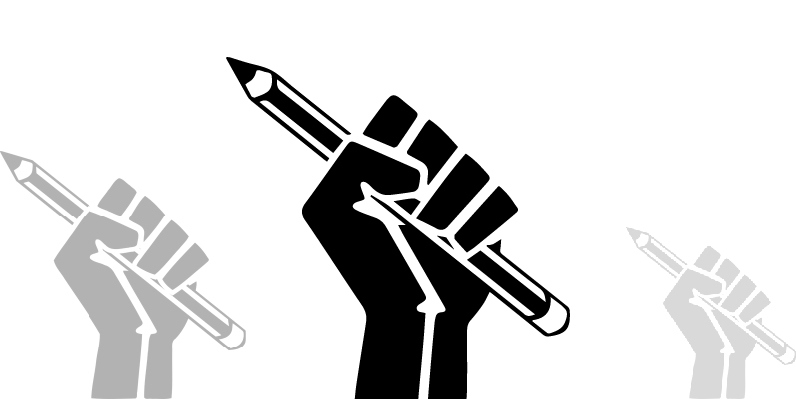 From the horrific footage of George Floyd's death, to the powerful and emotive protests which have sparked the new wave of civil rights movement. People are asking themselves what can they do to bring about justice and change? It's clear we cannot ever revert back from this, and we shouldn't. It saddens me to think there are no quick fixes, but it's important to highlight and educate others, so we can make positive steps to eliminate racism in everyday life.

The Black Lives Matter movement has made me think how much racial bias and discrimination exists in the UK recruitment industry. Working in recruitment, CVs and job applications are an integral part of the industry. You're faced with hundreds upon thousands of different applicants, all who come from many different races. We strive for diversity; we know it benefits companies when your employees aren't all carbon copies of one another. You only have to look at Matthew Syed's hypothesis of cognitive diversity in his book Rebel Ideas, which demonstrates the overall effectiveness for more successful businesses. And where does the cognitive diversity hypothesis stem from? Cultural differences. But, if the first-stage of the recruitment process is already affected by racial bias, how will we ever improve diversity in the workplace?

As a white, middle-class female, who has been educated to Degree level, I'm 80% more likely to receive a call back or an email from a recruiter for a role I applied for, compared to my black counterpart. This data is backed up by studies which have shown that black Britons, irrespective of their upbringing, face the same level of discrimination in the labour market as they did over 50 years ago. Not only that, studies have also found that in the UK recruitment industry, if your name is not typically white or British, the chances of having your CV simply looked at are less than 20%.

We purport to live in a progressive, inclusive country, that feels ashamed by the way we've treated black individuals in the past, but after 50 years we still haven't really changed. Already, we are putting in place visibly invisible hurdles for black individuals. Fair employment rights are something that go hand-in-hand to creating a fairer world, but by building barriers that prevent black applicants from gaining access to jobs and allowing white people to progress with, we are only helping to exacerbate economic inequalities.

I don't want to sit here feeling angry and upset with the industry I work in. Instead, I want to be able to make positive differences. It's important to acknowledge the past, but it's imperative to make sure we don't repeat it.

The first way to make any progress is to speak up. Rather than ignoring the problem, resolve it. Recruitment companies need to be made aware of these racial biases that are practiced by some of their workforce. Therefore, educate your colleagues. Make sure they're aware of what's going on and make conscientious decisions to not fall into the statistics of discrimination. It's all about leading from the top or becoming that leader to influence and set the context for such a working environment.

Another suggestion is that of a 'name-blind' test, used by the civil service. The Behavioural insights team (Bit) that constructed this test, not only remove the names of applicants but, on set questioning rather than looking at individual's answers, they look through the group as a whole. This is something recruitment companies could easily bring in. Eliminating names of candidates to prevent unconscious, or sadly, conscious bias towards these applicants. It's marginal measures like these that will slowly reduce racial discrimination in the recruitment industry.

And of course, the main thing that anyone can be doing right now, regardless of what industry you work in, is to talk about it. This is no taboo subject, in matter of fact it's the opposite! By talking and broadening your knowledge you're already breaking down racial barriers.

The recruitment industry needs to take a stance against black oppression. We cannot be seen as suppressors and deniers for people who need jobs. We should take pride in placing people in their dream job regardless of skin colour. We can help to radically change society to value black lives. I just hope the rest of the recruitment world gets on this bus with me.