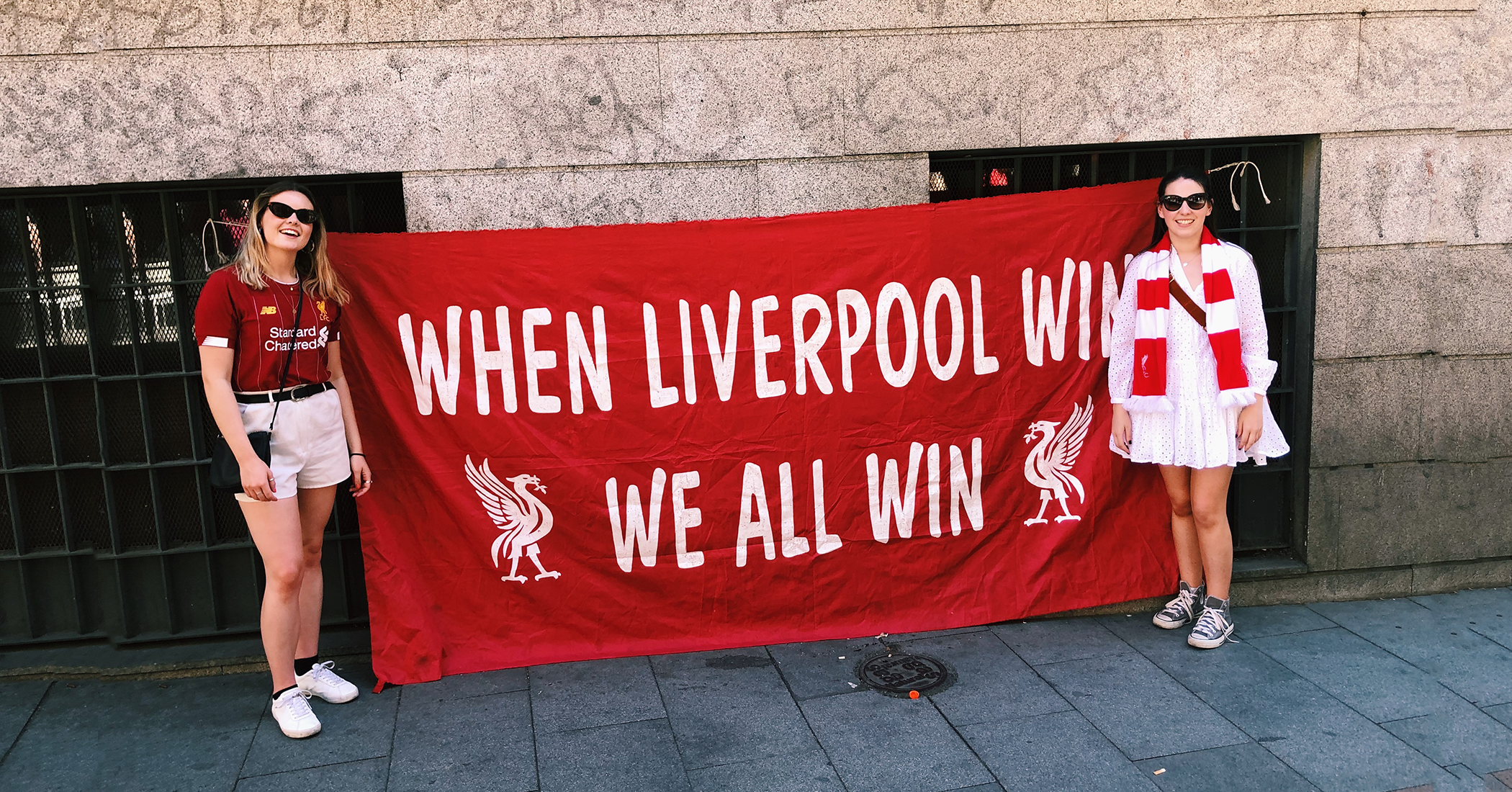 Today is Champions League final day; both teams British and both teams hungry for victory.

Liverpool and Tottenham, two teams with no really rivalry until now. For me, there is only one team who can reign victorious – Liverpool FC. I have been an avid Liverpool supporter since I can remember. This team is not my team by chance, but they run in my family’s blood. My family on my Mum’s side are all Liverpudlians and to support any other team would be practically treason. 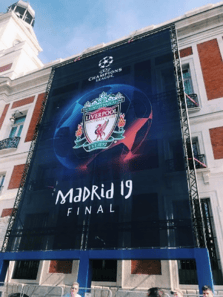 I hadn’t planned on being in the host city for this match, I had envisaged finding the most neutral pub in London, which would be no mean feat seeing as Tottenham are one of London’s biggest teams! However, I am in Madrid and the reason behind this? The Jossie scholarship.

I pitched – with a very long shot – to the whole of the company to get myself out to Madrid so I could revel in the atmosphere and with the hope that maybe, just maybe, I might’ve been able to wangle myself a ticket… the dream of the ticket was as likely as Tottenham winning!

I had some stiff competition when it came to the other Jossies; a course to overcome a fear of flying and a dream trip to Israel to see the homeland of the three main religions of today. Both pitches far more beneficial to personal development! But no champions league final I suppose. 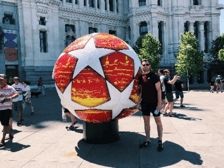 The scholarship allowed me to do something I probably would have never done in my life. It’s a one-off opportunity, something you’ve always thought about doing, but never actually get around to doing! Being in Madrid for the final, surrounded by Liverpool fans was an atmosphere like no other. And despite being in a foreign country, the people around me made it feel like home. It was an amazing trip which has created a memory I will always have.

All thanks to the Jossie scholarship! Thanks Joss Search for making it all happen.

If you weren't able to make it, you can watch the video here, and below are the key takeaways from...